Is Denmark on the Brink? 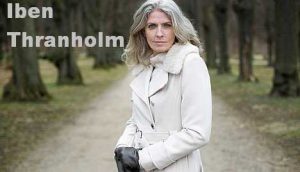 The open borders policies of Sweden and Denmark have resulted in tensions and escalated costs to their governments that cannot be fully measured.  The cultures are losing their identities and their traditions are being ignored.  Half the population in Denmark favors open boarders and a welfare give-away to immigrants, the other half wants restrictions on immigration and is trying to maintain Denmark’s identity, culture and traditions.

Iben Thranholm has traveled extensively in the Middle East, Russia and the United States doing research and conducting interviews.  She writes extensively about religion and Christianity.

We no longer have a moral compass. Before, Christianity provided this role, keeping us united over centuries. Now we can no longer distinguish between good and evil, and ultimately this is what this struggle comes down to. Without this any preventive measures like this are just quick fixes that will not solve anything over the longer term. What is needed is a positive alternative in a moral sense.

Iben Thranholm examines political and social events with focus on their religious aspects, significance and moral implications. She is one of Denmark’s most widely read columnists on such matters. Thranholm is a former editor and radio host at the Danish Broadcasting Corporation (DR), at which she created a religious news program that set a new standard for religious analysis in the newsroom. She has traveled extensively in the Middle East, Italy, the United States and Russia to carry out research and interviews. She has been awarded for her investigative research into Danish media coverage of religious issues.

E Tavares: Iben, thank you for being with us today. Over a year ago we talked to Dr. Tino Sanandaji, an economics professor at a leading Swedish university, on the inconsistencies of Swedish immigration policies. The resulting post was hit, revealing a significant interest for this topic.

In a sense Sweden is the canary in the coalmine of Europe’s demographic future, since they have been at the forefront of this transformation and openly embrace it. Being a close neighbor we would like to get your views on what is happening there, as well as in Denmark. How do the Danes look at Sweden, with hope or apprehension?

I Tranholm: With absolute horror!

The Swedish media, which is quite pro-government and its leftwing policies, does not always report the full extent of the problems in their society. So it is hard to have a very accurate picture of what is going on. But we in Denmark have a good sense. We are very aware of the murders, rapes, riots, violence and the hand grenades that go on there. This does not often make the news but we know it is going on. And we don’t want to go down the same route.

This is the result of decades of policies promoting multiculturalism in Sweden. And what is left is this hollow house. You know, in the Bible it is said that if a house is left swept, tidied and unoccupied it eventually it will be taken over by evil. And I fear that this is what is happening in Sweden. Far from being a multicultural paradise, the problems can no longer remain hidden.

ET: Indeed, even President Trump made some controversial comments about Sweden at a recent rally in the US, causing an international uproar, with many debates on whether he was right or wrong. Did this cause some discussion in Denmark as well?

IT: It wasn’t much of a discussion because we in Denmark know what is happening in Sweden. Malmo is very close so we only need to go there to see it with our own eyes.

There was a TV ad partially paid by the Swedish government recommending that all Swedes integrate into this new multicultural society they are creating. Think about that. Even old Swedes now need to adjust to this new reality, instead of immigrants adapting to Swedish society. They call it “Det nya landet”, which means the new country. Traditional Sweden is gone.

ET: Swedes and Danes share many cultural traits. What explains this divergence in opinions? Is it because you do not face the same societal problems?

IT: We are not as politically correct as the Swedes. So there is a lot of discussion here. (…) As such we have a greater awareness of our heritage and tend to be more protective of it.

Which is not to say we don’t have problems. We do. We face the same identity issues, and our traditions – in particular our Christian heritage – are fast disappearing from our society. That same hollowness is now becoming mainstream in Denmark. And this eliminates much of the arguments to defend ourselves against the importation of foreign values and customs, many of which are at odds with our own. Simply forbidding things will not change this reality.

ET: And how has integration been? Seems to be going better than other European countries since we don’t hear much about “no-go” zones and riots in your country, unlike France and Sweden, for instance.

IT: We have those problems as well but because Denmark is a small country you won’t hear about them as much.

We have this belief here that welfare is the solution for everything. No matter who comes here from whatever part of the world will get housing, work, entertainment and healthcare. The government will give those to you with the expectation that if you have all those things you will happily assimilate into Danish society, learn Danish and adapt to our culture. As a result we will become a vibrant multicultural society.

The reality is quite different. The relativism that this multiculturalism engenders ends up putting different sides of society at odds with each other, especially when their values and beliefs are very different to begin with.

When immigrants come to Denmark they may be taken care of, but they have no dominant culture that they can assimilate into, certainly not in the religious sense. We are completely devoid of God. And as a result they end bringing elements of their culture and religion which often create friction, misunderstandings and also crime. So Danish society becomes more and more divided as a result.

ET: Politicians seem to be getting the message. Your parliament recently passed legislation to ensure that immigration would never reach a level that would threaten Danish national identity. What do you make of this?

IT: We have a very divided society here as well, even without considering the waves of immigration that have recently settled here.

Half of the population wants open borders, mass immigration and welfare for all. They reject traditional values and are very much in favor of globalism and multiculturalism. The other half is very much opposed to that, but they lack any persuasive arguments to support that position. All they can do is to forbid immigration, forbid women from wearing a head cloth and so on.

We no longer have a moral compass. Before, Christianity provided this role, keeping us united over centuries. Now we can no longer distinguish between good and evil, and ultimately this is what this struggle comes down to. Without this any preventive measures like this are just quick fixes that will not solve anything over the longer term. What is needed is a positive alternative in a moral sense.

ET: Is there any data or independent studies on the benefits and costs of immigration in Denmark? In Sweden for instance this topic is almost taboo, but there are many concerns in terms of finding good employment opportunities for immigrants, coming from the immigrants themselves in fact.

IT: With this new culture we have adopted in the West we stopped having enough children to support our welfare state. So yes, one argument is that we need more people to support it.

In our own very secular society the state is God. It is supposed to provide and care for everybody. So the economic arguments become less relevant. Of course they are consideration since people are paying for these policies, but in a sense they are secondary. 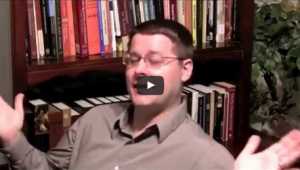