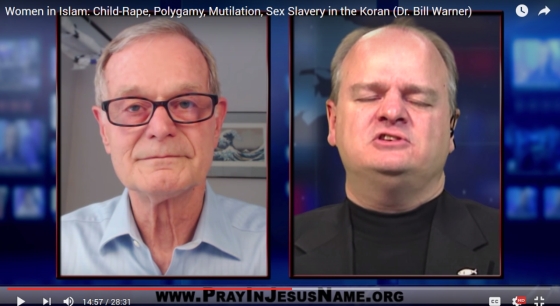 Interview with Dr. Bill Warner and Chaplain Gordon James Klingenschmitt, PhD., about how the brutal acts of child rape, mutilation, sex slavery, beheadings and other debauchery are explicitly called for in the Koran.

The American taxpayer is paying for Muslim polygamy by declaring the other women in the household are divorced but he is supporting the children.  All of the women and children all live with the Muslim husband.