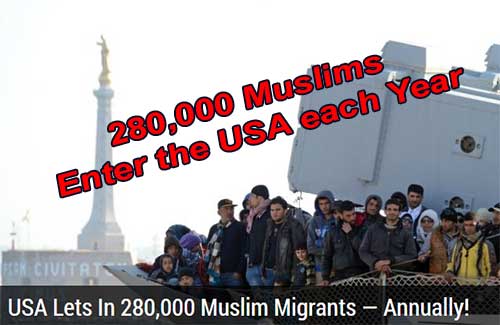 (Breitbart) – A Breitbart News review of State Department and Homeland Security data reveals that the United States already admits more than a quarter of a million Muslim migrants each year. President Obama intends to add another 10,000 Syrian migrants on top of that.

Thus, twelve years after the September 11th hijackers were invited into the country on temporary visas, the U.S. decided to admit 280,276 migrants from Muslim countries within a single fiscal year.

To put these numbers into perspective, this means that every year the U.S. admits a number of Muslim migrants larger in size than the entire population of Des Moines, Iowa; Lincoln, Nebraska; or Dayton, Ohio.